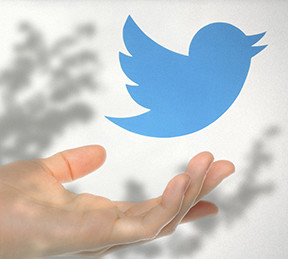 This is my fourth, maybe fifth, possibly sixth attempt to start this. For the past week, I’ve been meaning to spend some time to reflect on what has grown into a consuming — and somewhat alarming — Twitter habit. But I keep getting interrupted by tweets. And…I….can’t …stop myself from…peeking.

But damn it, I am going to write this.

You see, it wasn’t so long ago when Twitter was just another way to get and share information, gossip, politics, and the endless stream of mindless flotsam that you simply can’t resist. Many of my peers live on social media; I used to think of myself as more of a frequent guest. Until Twitter happened.

For the past several years I’ve worked as a freelance writer and reporter. During that time I’d often turn to Twitter when a dramatic news story broke, or when I was binge watching a show, or when someone did or said something breathtakingly stupid. There’s no better place to get instant takes — some smart, some not, but never not interesting. It was when I moved to the other side of the street and began working in PR that my Twitter use increased. A lot.

At first, my usage increased gradually, but perceptively. I found it more and more indispensable in tracking ever-shortening news cycles, and finding/engaging reporters writing on topics that related to our clients: artificial intelligence, mobile health apps, the opioid crisis…. between the Twitter streams I created in Hootsuite and various related Google alerts, I was totally tapped in. Nothing escaped me. Something happened and I was instantly on top of it — any time of the day or night, I was abuzz with news.

A big story would break and a colleague, associate, friend or family member would email, text or call:

Annoying? I‘m sure. It came to a point where I was delighted to be able to say, “no, I must have missed that.” But that happened less and less as I annoyed my colleagues and friends more and more.

When you’re immersed, it’s hard to have self-awareness. I tried. But Twitter is — or can be — a deeply immersive experience. If Facebook is a virtual town square, Twitter is one big nervous system twitching with anxious energy — it’s not a place to reflect and think; it’s a place to react. It didn’t take long for it to become an extension of my own nervous system and with little notice, progress from being an indispensable tool to being a seemingly unbreakable, all-consuming habit.

So the thought occurred to me: the surest way to break any deeply ingrained the habit is to go at it directly. I decided to go against the very essence of the thing itself. If Twitter was for “hot takes,” I’ll break the cycle by kicking back and writing a reflective piece on my experience. To take it a step further, I thought I’d chronicle a single day in the life…which in itself would be a “healing” exercise, while providing me with an opportunity to step back and get a real sense of just how bad things had become. What follows is an only marginally “sanitized” diary of a recent — and very typical — day. Spoiler alert: it got bad, but not that bad. And I’m here to tell you that your Twitter addiction can be beaten — up to a point (more on this later).

My alarm goes off, and for once, I don’t hit snooze four times — I need to get started on my day. I grab my phone, shut off the alarm, and instinctively open several social media apps. Before I started freelance work, I relied on more personal social media sites like Facebook, Instagram and Snapchat, and though I still do, one has beat out the rest: Twitter.

I spend five minutes browsing Facebook before turning to Twitter. I start not with my work feeds, but with my personal one, which is filled with a lot of righteous grousing over the Paris Accord decision. I retweet some of the funniest ones and decide to rest my eyes for a few minutes.

I grab my laptop and configure my usual convoluted Twitter setup — my personal feed open in Chrome and Hootsuite and my work feed open in Safari to avoid any overlap. I wonder if other people have to jump through these hoops to use multiple accounts at once.

I’m supposed to be writing a press release but keep getting lost in both Twitter feeds. One minute I’m creating a list of reporters who cover health care, and the next I’m laughing myself stupid at feeds like Keely Flaherty’s.

I sit back for a second and take stock. I honestly never used Twitter before I started working in social media, but the immediacy is so addictive. I just direct messaged a health care reporter about the opioid epidemic and got an immediate response!

I’m even checking Twitter while I eat lunch, but this time, it’s my own feed. I’ve stocked it full of a mix of comedians and political analysts alongside my friends. The political climate is… constantly changing, to say the least, and I have yet to find a way to get current news without Twitter. I read several threads on Trump’s possible collusions with Russia before getting exasperated.

Have been engaging in a friendly debate with a tech journalist about the potential of self-driving cars for about thirty minutes (he thinks they could usher in a golden age of technology, and I think the robot uprising will happen any second now).

I finally get around to writing that press release and then immediately Tweet it at several journalists, and am struck by how much I’m relying on Twitter. Is this healthy? I decide not to think about it, like a good tech-addicted millennial.

Piers Morgan is having a Twitter fight with some random celebrity AGAIN, and I can’t help but watch.

I think about how much I miss Kanye West’s Twitter feed.

Then I’m reminded of how much I love Lin-Manuel Miranda’s Twitter feed when he posts a ridiculous GIF.

I start shutting down work for the day and preparing for a happy hour with a colleague, but I’m still checking Twitter over more breaking news from the White House. I thought this was supposed to be a professional tool, but it’s starting to bleed over into my life.

I find myself looking at Twitter while I’m at happy hour! Ashamed of myself, I tuck my phone away.

As I get ready for bed, I do one last cursory check of social media, including, of course, Twitter. I’m sure I’ll be glued to it again tomorrow, but I suppose that’s the hazard of… well, not just the job, but just being alive in 2017.

Bear in mind that this is one day in the life. If I’ve learned anything, it’s that there’s no such thing as a typical day in the life of a PR person. Indeed, the very next day, information leaked regarding the Senate healthcare bill that had been kept under lock and key by 13 senior Republicans. As the bill has direct bearing on several of our clients, I was consumed from 9–2 PM sending out tweets to the healthcare, business and political reporters in my various feeds.

As you can see from these entries, the personal and professional sides of Twitter often interact and overlap, making Twitter as much a tool for procrastination as for productivity. Sometimes it encourages what I’d call useful procrastination — such as diving into an exchange among several prominent reporters/bloggers debating the latest season of Veep.

As anyone who’s had anything like the experiences I’ve described will attest, the immediacy is amazingly seductive. The ability to reach across the Twittersphere and engage top reporters from WaPo, WSJ, Vox, Kaiser Health, TechCrunch, CNN can be a heady thing. And the more you do it, the better at Twitter you become. You get a better handle on the rules of the road, the memes, the inside jokes…you get more concise, bolder in engaging top journalists, in some cases (where appropriate) more ironic, and overall more, well, Twitter-y.

Going from Twitter to, say, reading Paul Krugman’s latest blog post (with all due respect to the Professor) is like going 80 miles an hour, then quickly decelerating to 40 when exiting the highway. It just feels impossibly slow. You’re so wired into the fast-twitch pace of Twitter that even a blog post can feel like Tolstoy. But every so often you find the need to go “off-road” for more in depth coverage and analysis, and you realize that 140 characters is simply insufficient to capture the issues and nuances of, say, the threat artificial intelligence poses to the future of work.

I began this piece as a way of examining my Twitter “habit.” I now realize that it’s not a matter of breaking the habit, but of maintaining balance. There’s no getting around the central role Twitter has come to play in the work of journalism..and the work that I do. When a story breaks, Twitter is all over it. And you’re all over Twitter. The instant analysis — or “hot takes” — give you the sense that you’re on the scene as the story rapidly unfolds and the “facts” begin to emerge. You can’t pull yourself away as the story is examined — in real time — from every angle. But speed and immediacy, as intoxicating as both may be, do not always lend themselves to depth, accuracy or subtlety. There are other places for that — newspapers, for one.

Fellow PR practitioners or marketers reading this will recognize these symptoms and the experiences I’ve described. I hope it’s clarifying for them as it was for me — at a minimum, it will give them comfort of knowing they’re not the only ones asking themselves these questions!

So, I managed to stay off Twitter long enough to write these paragraphs. I’d say that’s progress. Oh, that’s 80 characters, perfect. Now if you’ll excuse me, I need to Tweet that.

by Nina Starner | July 10, 2017 11:03 am | No Comments
« The Opioid Epidemic Hits Small Business; Worksite Awareness Works
Summer is Over. Possibly for Good. (But it’s not necessarily a bad thing) »