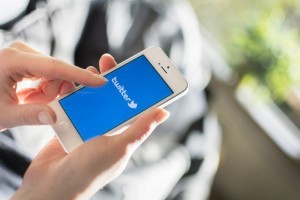 Imagine waking up to a world where nets are 11 feet high, zen koans are 75 syllables, amps go to 11, and speed limits are all 85 miles per hour (well, maybe that last one wouldn’t be that bad), or Tweets are longer — doubled, to a full 280 characters. Besides being the length of an ingredients label or a newspaper classified, 280 characters is a huge departure from the character limit that has, until now, made Twitter unique.

This week, Twitter made a controversial announcement — certain users would begin to beta-test 280 character tweets, rather than the traditional 140 characters, which has been in place since the social media platform began. Amidst the jokes and memes and, well, inevitable Tweets about this change, there’s been plenty of talk on both sides of the argument about whether or not this is a good idea in the first place. Should Twitter really be expanding its character limit for most people? Does the typical Twitter user have anything so profound to say that it can’t go in a thread or fit into 280 characters? Is this really a good thing? Is it the way of the future, or a huge step back?

In the “pros” column, there’s the obvious take — 280 characters will cut down on long Twitter threads, allow for full sentences and correct grammar, and perhaps even get rid of horrible abbreviations entirely. 280 characters means you can include apostrophes, which is a welcome sight for grammar nerds cruising through Twitter on a daily basis (ahem, hello). Perhaps 280 characters could lead to more profound revelations, more important thoughts, and longer-form deep dives into politics, the news of the day, and more.

This likely also won’t be quite as radical as some users might think — honestly, what Twitter user’s day to day life will change in any humongous way? Out of habit, most users will probably end up sticking to 140 characters regardless, and a quick, snappy joke won’t come close to overtaking 280 characters, making the entire limit arbitrary anyway. It also may encourage more people to tweet in the first place — people who found the 140 character limit, well, limiting. People with inactive Twitter accounts will be able to share more thoughts, tag more people, include more images, and overall just have more freedom. Could that possibly be a bad thing?

However, there’s another take to this, which is that this fundamental change could ruin what Twitter is about in the first place. One of the best things about Twitter’s 140 character limit is that it encourages brevity, thought, and cleverness (well, amongst most users). 140 characters is always smaller than you think, and even though a longer thought process is always going to require a thread, that’s really not the end of the world, and bite-sized thoughts remain pure and brief.

Only time will tell if this change is for the better or for the worse, but in the meantime, there’s a lot to chew on with this drastic character-doubling Twitter has bestowed upon certain (mostly validated) users. From a business perspective, especially when it comes to news, character limits won’t change what’s most vital about Twitter — immediacy. When a huge news event breaks, Twitter lets that information unfold in real time and is frequently faster than any news site out there, and expanding tweets to 280 characters won’t make this any less valuable. At a certain point, with our modern attention spans, we’ll likely find 280 characters just as limiting as 140, at which point, 280 will simply become the new 140, and the world will keep tweeting, er, turning.